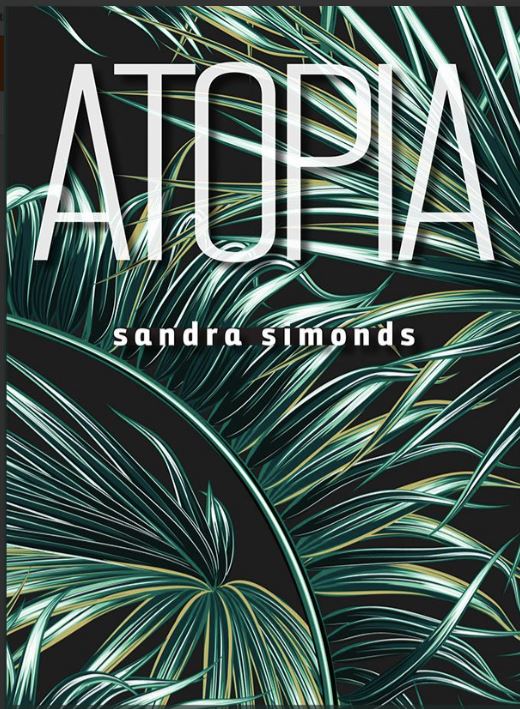 Atopia grapples with the political climate of the United States manifested through our everyday lives. Sandra Simonds charts the formations and deformations of the social and political through the observations of the poem’s speakers, interspersed with the language of social media, news reports, political speech, and the dialogue of friends, children, strangers, and politicians. The Los Angeles Review of Books characterized Simonds’s work as “robust, energetic, fanciful, even baroque” and “a necessary counterforce to the structures of gender, power, and labor that impinge upon contemporary life.” These poems reflect on what it means to be human, and what it means to build communities within a political structure it also opposes. The book pays particular attention to how the emergence of twenty-first century fascism stresses female-identified bodies.

“In the vein of such tour de force declarations of the American condition as Walt Whitman’s Leaves of Grass, Allen Ginsberg’s Howl, and Noelle Kocot’s Poem for the End of Time, Sandra Simonds’s Atopia is a bold and ambitious endeavor to catalogue the captivity narrative of a thinking, politically engaged, simultaneously outraged and resigned single mother in a contemporary capitalist dystopia, as well as a meditation on what it means and whether it matters to be a poet in the face of the world’s indifference. Unflinchingly direct and emotionally rattling, Simonds writes with a bravado that brings to mind the best of Rimbaud and Apollinaire: “I am a black diamond from the asteroid of visions./Furious, I have splattered my loot into the earth.”–Michael Dumanis

Author of ORLANDO, THE SONNETS, STEAL IT BACK AND…..